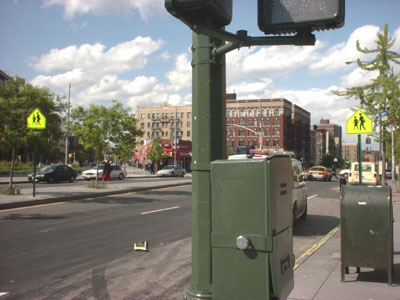 In 1883 John B. Day and Jim Mutrie, owners of the American Association's New York Metropolitans, started a new team in the new National League, the New York Gothams, later called the Giants. This park, located just north of Central Park, 5th and 6th Avenues, 110th and 112th Streets, was used for Polo in the 1870s. Big surprise there. The park opened for baseball on September 29, 1880. There were two diamonds. The National League Gothams used the southeastern diamond and the American Association Mets used the southwestern diamond. A canvas barrier between the two outfields was all there was separating the two parks. There were some weird scenes during these games with an outfielder from the other team would crawl under the barrier, retrieve their ball, throw it over the canvas, and crawl back. The strangest part was that all balls hit over the canvas were still in play.

From the random trivia department, the first major league ball crowd over 20,000 happened here. The Giants hosted the Detroit Wolverines for a Memorial Day double header on May 31, 1886. 20,709 fans paid to get in. The overflow crowd stood in the outfield. All balls hit into the crowd that were fair were considered singles.

Just before the 1889 season began, New York City claimed the land to cut 111th Street through 5th and 6th Avenues. The Giants were forced to play in Oakland Park, April 24 - 25, 1889, in Jersey City, New Jersey and the St. George Cricket Grounds, April 29 - June 14, 1889, St. George, Staten Island, New York, while a new Polo Grounds was being constructed in New York. 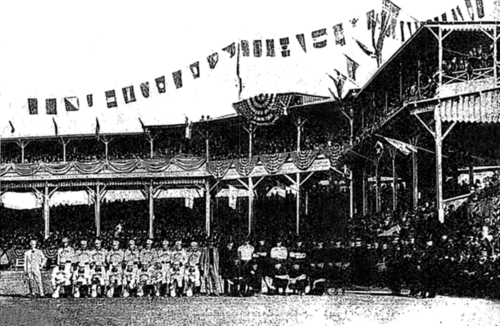 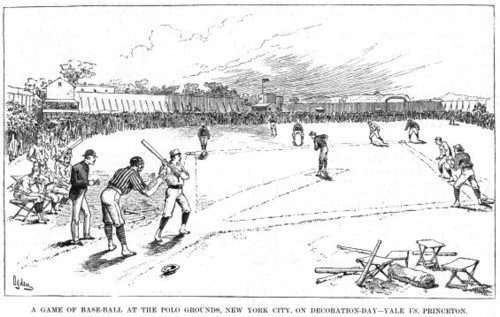