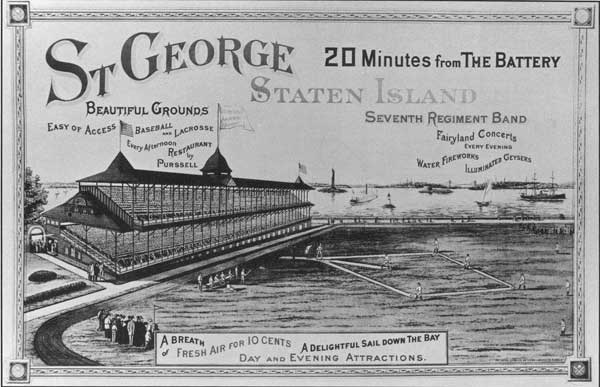 There was more to watch from the grandstands of this park than the game. You could also look out across the bay and see the Statue of Liberty being assembled. In 1886, a ticket got you into the game and a ferry ride from Manhattan. Erastus Wiman owned the ballpark, the ferry, and the team. During the Giants stay here, the grounds were rocky and bare from 2nd base to center field because a production of Nero, The Fall of Rome was staged here. Also the same rains that caused the Johnstown Flood caused the team to put wooden planks in the outfield because it was too soggy to run on. This park had "illuminated geysers" just like that have at Kauffman Stadium today in Kansas City. 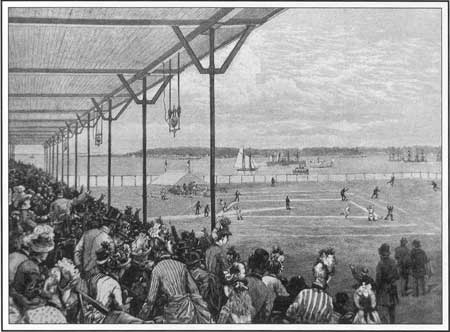 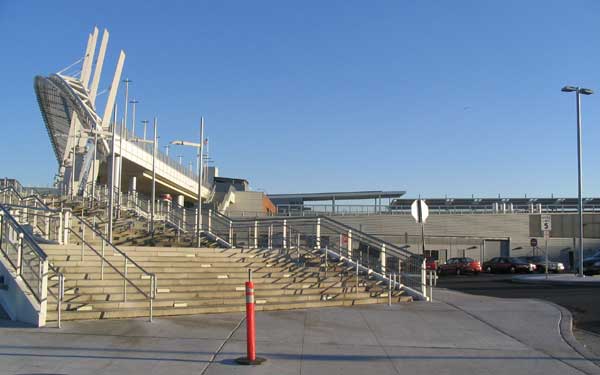