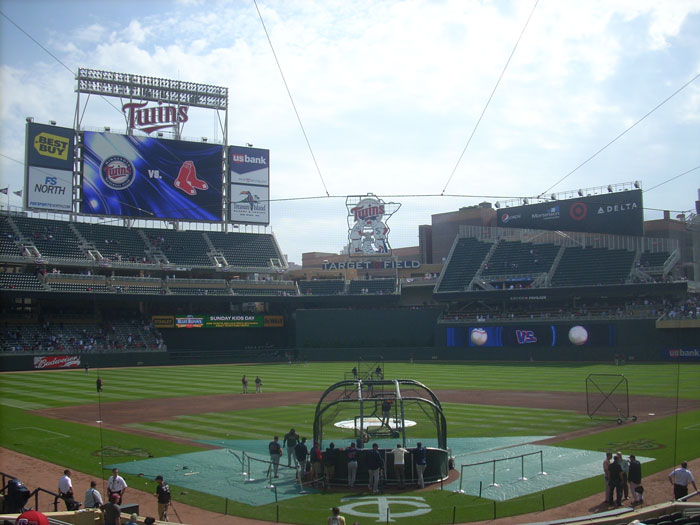 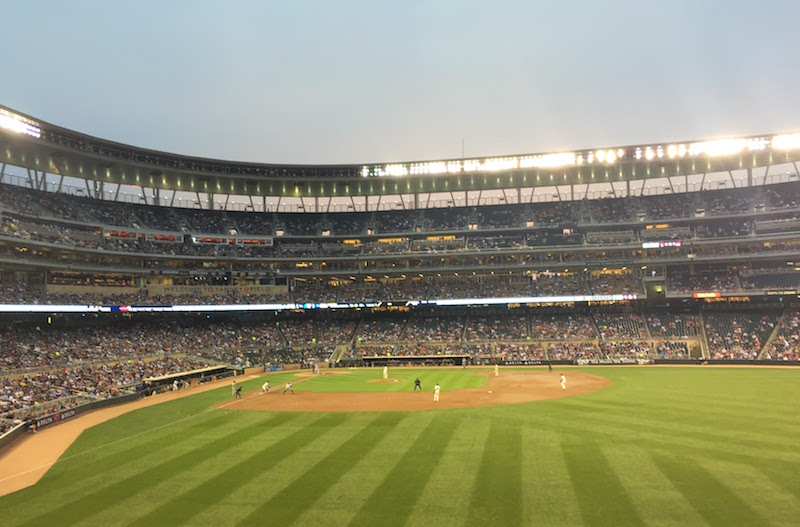 Located in the Warehouse District in downtown Minneapolis, Target Field is a fantastic park with a design that blends seamlessly into the landscape. The stadium is beautifully done in Mankota local limestone. The gates into the place are all numbered based on the Twin's retired numbers, listed below. There are many local touches, such as "Town Ball Tavern" inside the park, whose floor is the same wood as that of the Minneapolis Armory where the Lakers played and Minnesota fir trees line the outfield. Concessions also feature local favorites such as walleye and fried cheese curd. 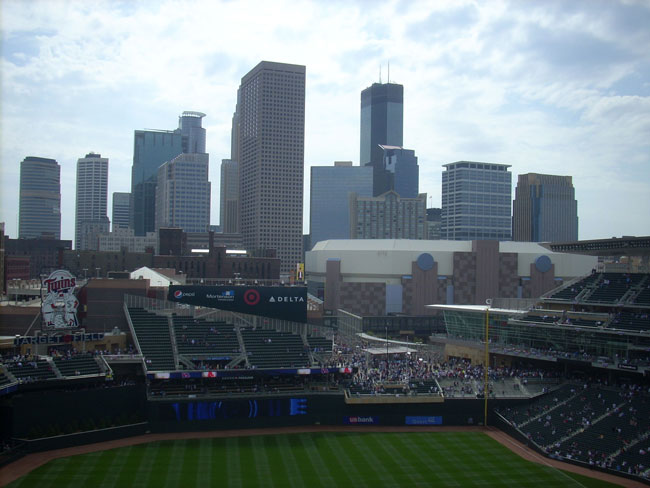 The Twins walked a rocky road to get this park. Serious talk about moving out of their old digs came up in 1995, when the Twins found a site just north of the Metrodome on the Mississippi River. This park would have cost Minnesota $300 million less than the park eventually built. This tract of land was located in the Mills District, next to Guthrie Theater, and eventually became Gold Medal Park, a public park. In 1997, the team was almost sold to Don Beaver, a North Carolina business man who wanted to build a park in Charlotte. When he couldn't get support, the deal fell through. In 1999, St. Paul made a serious attempt to lure the team across the river, but plans broke apart when a city wide 0.5% sales tax proposal was defeated. In 2001, MLB voted to contract two teams, the Twins and Montreal Expos. The Minnesota Supreme Court held up an injunction requiring the Twins to play in Minnesota through 2002. This contraction threat did spur the legislative talks which lead to Target Field, though. 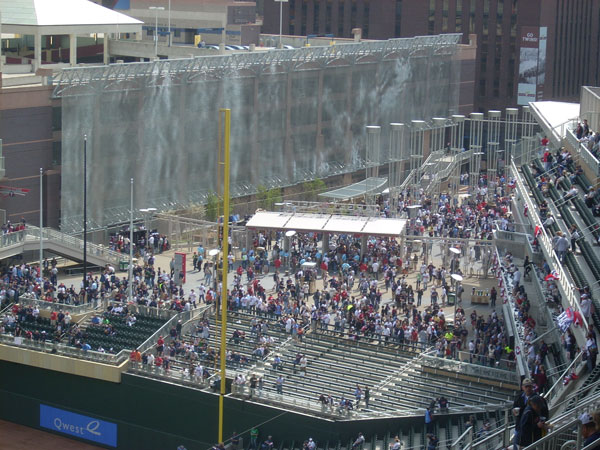