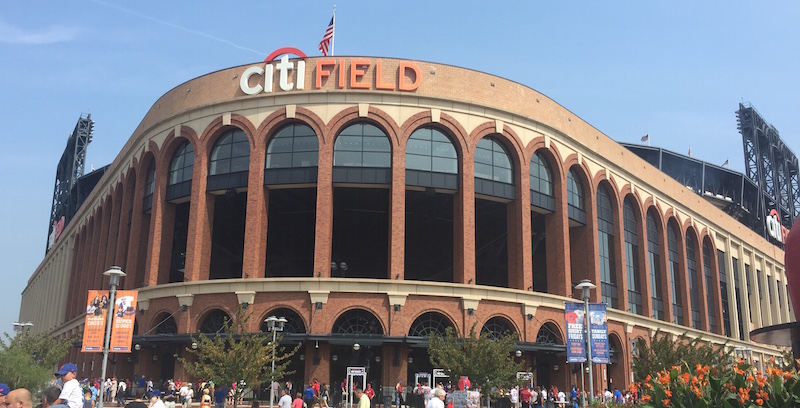 Another day, another retro park. As of this writing, there are only three Major League parks I have not been to. Almost all of them have been constructed since Camden Yards revolutionized what "modern" ballpark design is about. So, I have seen a ton of ballparks with bricks and exposed steel. Asymmetrical outfields and open concourses. They are all starting to blur. Citi Field is a dandy ballpark. It has all you could ask for, including good sight lines, interesting and local concessions, like Pat LaFrieda and Shake Shack. It's comfortable. The scoreboards are nice. Getting out after the game was kind of bottlenecked, but nothing is perfect. I guess at this point, I'm just looking for something that stands out, and for as great as a ballpark as Citi Field is, it just blends in with the crowd. 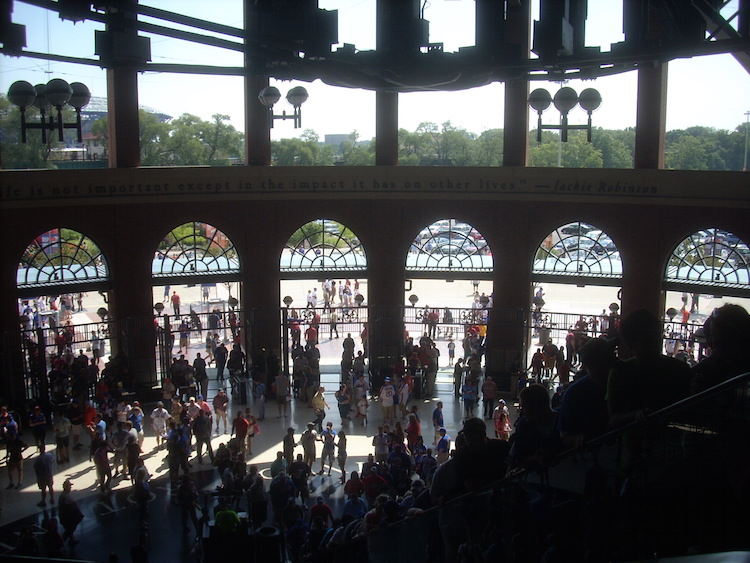 The best thing about Citi Field is the rotunda when you first walk in. The Jackie Robinson Rotunda, is modeled after the legendary entrance to Ebbets Field. It is a memorial to Jackie Robinson with quotes and images from his life. This is in addition to the facade resembling the before mentioned park. There is a bridge in the outfield, named Shea Bridge. It is inspired by the Hell Gate railroad bridge. In case you haven't looked at the Met's logo, they have a bridge theme going on. Finally, and I am actually quite pleased with this, they have the home run apple in center field. This was something unique to Shea Stadium and I am glad it is preserved here. 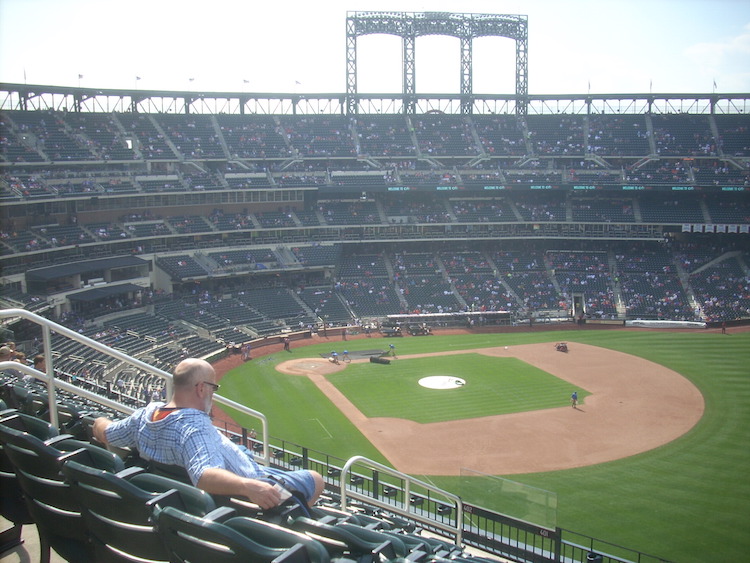 After the park was built, the bullpens had to be realigned, since the visitors did not have a view of the field. In addition, the park was an extreme pitcher's park. The Mets ended up bringing the fences in to make the park more friendly to hitters. Although, the park is still a pitcher's park. 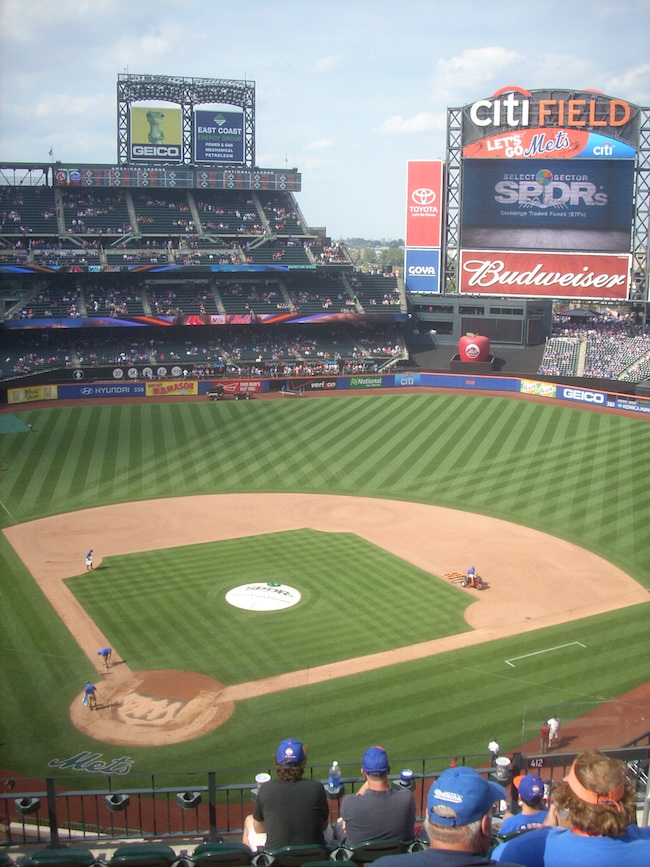 Metss retired numbers are (in numerical order and the years they were retired): 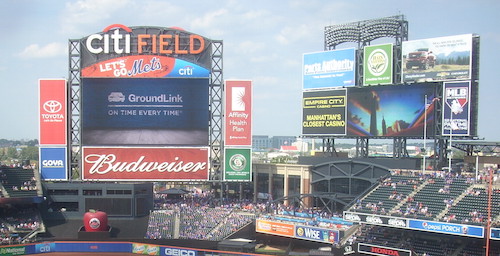