William Alfred Shea was an attorney who was the main player in getting a team for New York after the Giants and Dodgers left town. He originally tried to get either the Reds, Pirates, or Phillies to move. Once that failed he tried to organize a third major league, the Continental League, but that idea didn't work out. He finally got an expansion franchise in the National League, in 1962, along with Houston. It is very loud here, since it is under the flight paths to LaGuardia Airport. Even though this park was designed to be expandable to 90,000, when plans were drawn up to add 15,000 seats and a a roof, they had to be scrapped because the weight of the roof would collapse the stadium. A huge apple comes out of the "Mets Magic Top Hat" when a Met hits a home run (see picture below). 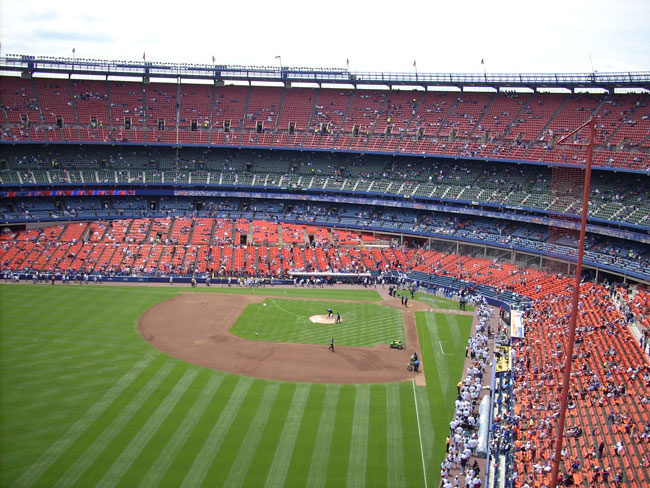 I can't say that I was too terribly impressed with this park. It was kind of small, especially the isles. I was kicked in the back on more than one occasion because there is not quite enough room for someone to stand up and let someone else by comfortably. The isles between the sections are also quite small, as are the concourses. This park seems to have has a lot of screw ups. When the site was scouted, it was looked at in the winter, when the flight paths don't fly overhead to LaGuardia. There have been ugly paint jobs, not lasting a month, the apple is weird, and it has the worst batter's eye in baseball. It was an ok place to watch a game, a little dumpy, just not special at all.

The Mets retired numbers (and the year they were retired) are: 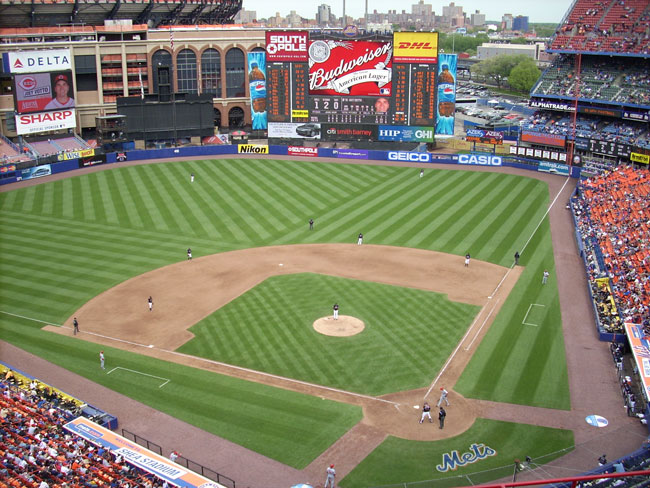 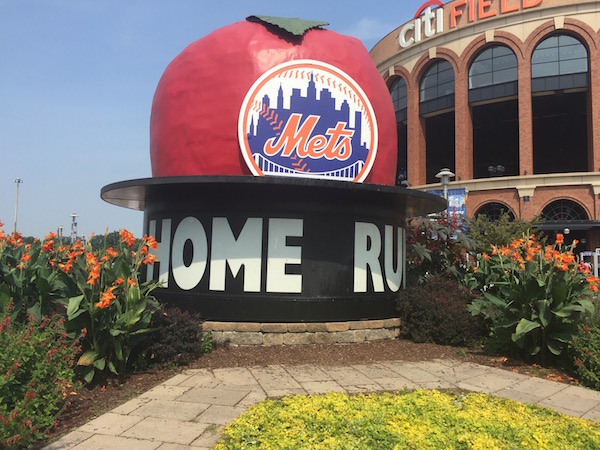 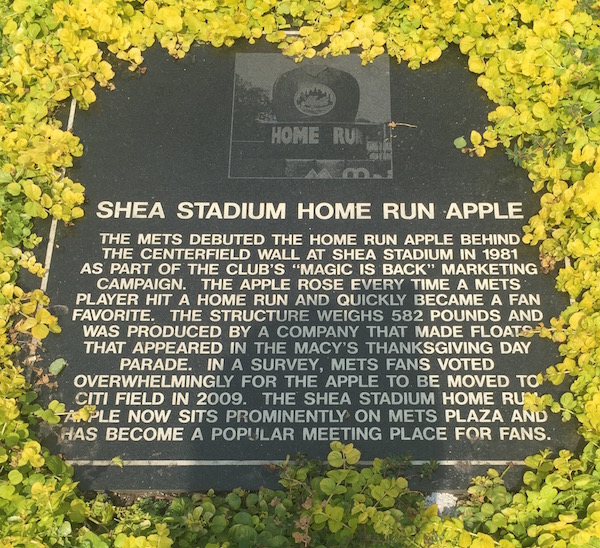