This ballpark was used as early as the 1870s for illegal Sunday baseball. Escape routes were planned, because if you got caught, you were out ten dollar or ten days. The park had a double-decked grandstand with cone shaped spires and bleachers running down each baseline. This park was popular with the fans and players because of the constant breeze from nearby Jamaica Bay. It was located in the East New York section of Brooklyn because a ballclub stockholder had property nearby. When Charles Ebbets assumed club presidency, the $7,500 rent proved too much and he moved his team back to South Brooklyn, on a plot of land right near the old Washington Park. The old site was no longer available. The Dodgers owe their nickname to this park, as the fans were called "trolley dodgers" because of all of the trains near the park. The site of Eastern Park is currently a car junkyard. 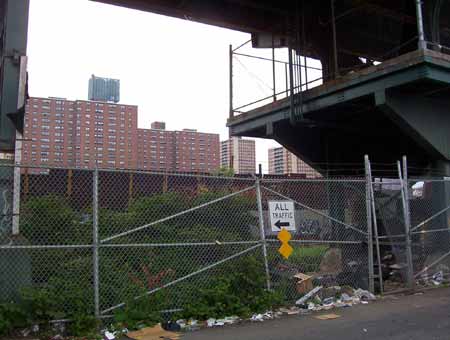