The South End Grounds, which was located across the street from the Huntington Avenue Grounds, was the home of the Boston Braves for 20 years. Three structures stood on this sight, the second one burned down, and all three of them looked like castles. This was Boston's first double decker park. Now Ruggles Station, which is a MBTA (public transportation) station for the Orange Line "T" (subway) and Commuter Rail is located there. 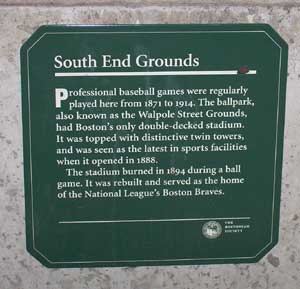 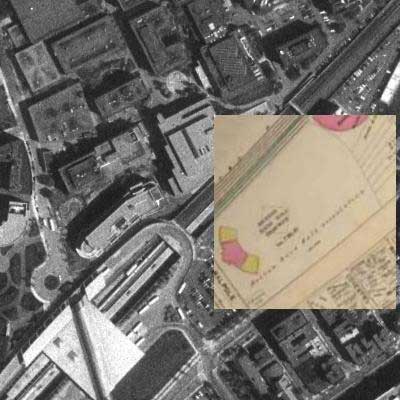