Please note: This site was both the location to Exposition Park and Three Rivers Stadium. Both parks are on one page for that reason. 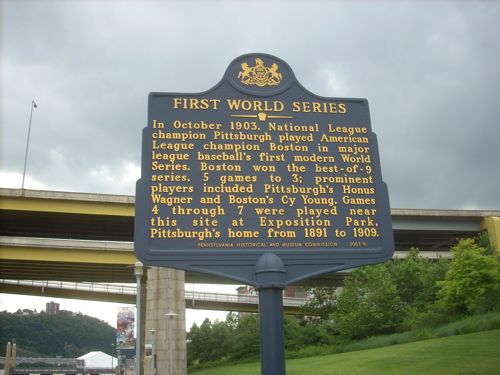 When the Allegheny Tradesmen's Industrial Institute, in the City of Allegheny (now part of Pittsburgh), burned, they decided to build a facility that would host all sorts of exhibitions from baseball games to bike races to circuses. However, after one season, the park was abandoned due to flooding from the nearby rivers. So, they decided to build a second Exhibition Park, only this time, closer to the river. Again, the park flooded. 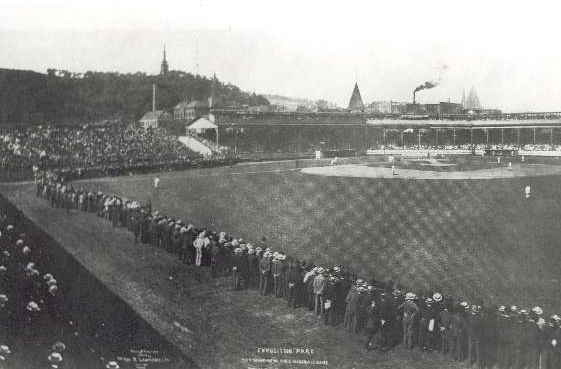 In 1890, this park was refurbished for the Players League. This included a double decked grandstand, twin spires on the roof, and the first "luxury boxes" on the roof. After the Burghers of the Players League folded, the Pirates moved in. Of course, to keep with tradition, this park flooded as well. On July 4, 1902, the Pirates swept a double header from the Dodgers with special ground rules, all balls hit into the water in the outfield were singles. Efforts continued to try to keep this field dry, including in 1908, when the Pirates purchased a tarpaulin from the Pittsburgh Waterproof Company for $2000. This tarp was 1800 yards and was rolled out to cover the playing field if weather threatened. On July 22, 1908, Tim Jordan of Brooklyn hit the only homerun to clear the fences. 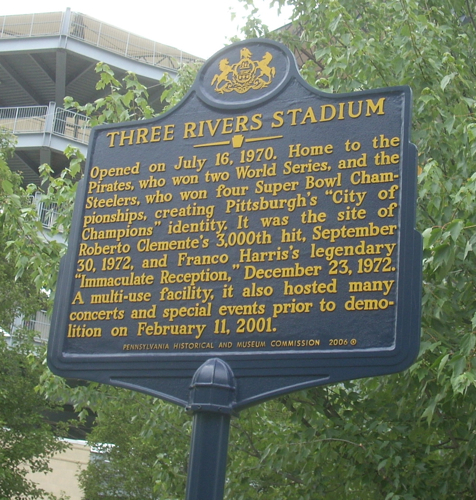 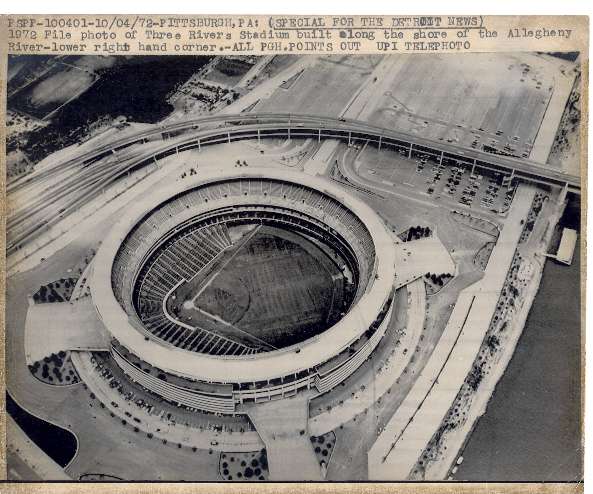 During the French and Indian War, Kilbuck Island, is the site where Three Rivers Stadium stood, was an island. In the Big Flood of 1763, it was discovered that it was an Indian burial ground. The back channels were filled in, and now it is no longer an island by 1852. A Honus Wagner statue, part of the wall where Bill Mazeroski's walk off run sailed over, and a placque where Babe Ruth hit his final home run, all where moved here from Forbes Field. The painted seats represented where Willie Stargell's home runs landed. This was the first outdoor ballpark that used an artificial playing surface. In the end, just another cookie cutter. 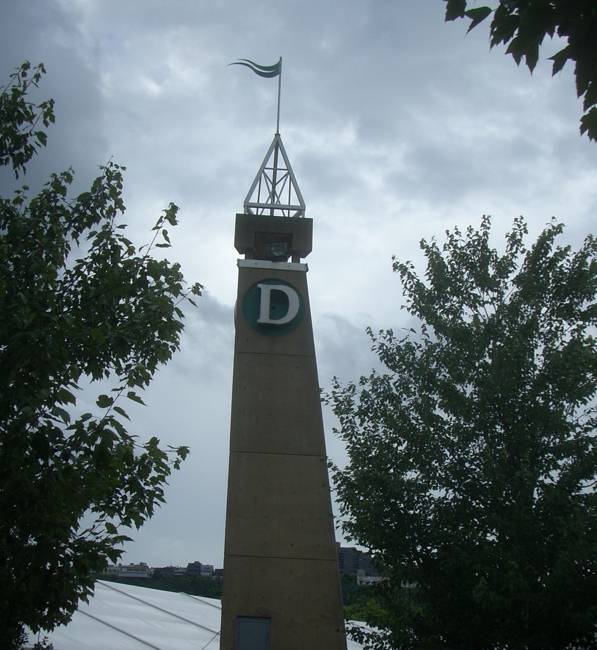 Pirates retired number are (in numerical order and the year it was retired):

© 2017 Paul Healey. Photographs of the old stadium © their owners. Used without permission.