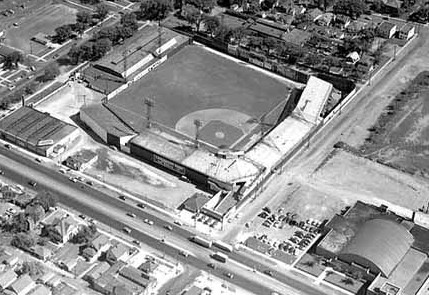 Charles Comiskey commissioned Lexington Park as the home of his Western League St. Paul Saints. In 1900, the Western League changed their name to the American League and gained major league status. This didn't matter to St. Paul though, as Comiskey moved his team to Chicago prior to opening day 1900 and renamed them "White Stockings". This team eventually became the White Sox and, as you probably know, call Chicago their home to this very day. The park was then leased to the to the new American Association's Saints until it was sold to owner, George Lennon, in 1909 for $75,000.

Lennon thought that Lexington Park was too far out, so he moved the team to The Pillbox, located right near the State Capitol, for all games except Sunday games. The Pillbox was not a great park, so for the 1909 season, the Saints came back to Lexington Park for all games. This park had a large outfield and home runs were rare.

The park was located in the block surrounded by Lexington Parkway, University Ave., Fuller and Dunlap. Home plate was originally in the southwest corner, but after a fire in 1915, a new concrete and steel grandstand was built and home was repositioned in the northwest. Lights were installed in 1937. The park has been razed, but a monument is located on the site (pictured below). 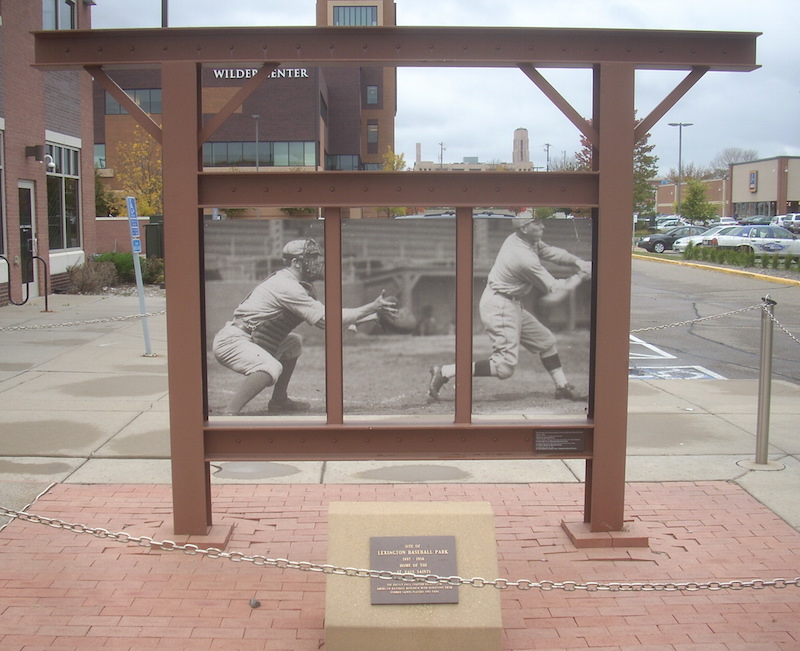