On April 17, 1906, Centennial Field was christened and named for the the 100th graduating class from the University of Vermont. The UVM Catamounts have called this park their baseball home for almost 100 years. In 1913, the original park burned down and was replaced with a new concrete and steel grandstand. The current configuration for the most part was built in 1922. Although I did not have a chance to see a game here, this park seems extremely "rustic". Note the bleacher seats. 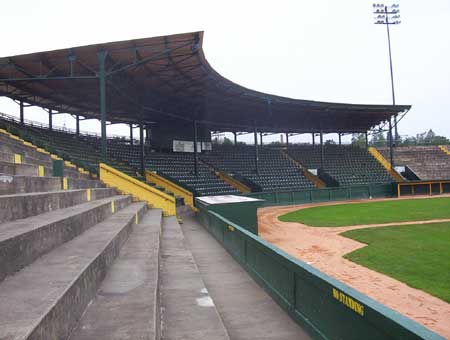 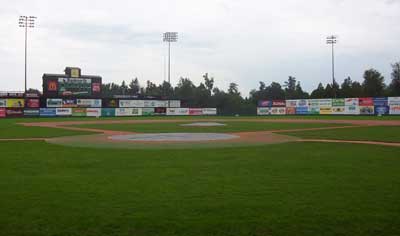 Other teams and Leagues that have called Centennial Field home.