Fuller Field in Clinton, Massachusetts, has been certified by the Guinness Book of World Records as the oldest ballpark in continuous use, since 1878.

"'It's the only place in the world where people can run the same bases as players from the first days of professional baseball,' said A. J. Bastarache, a local historian who discovered Fuller's status and won Guinness's certification. 'Play on the same field as Tim Keefe? You can't do that anywhere else.'

Combing through 19th-century box scores as he researched a local history of the town, Bastarache discovered that Keefe, a future Hall of Fame pitcher, played third base for the Clinton Base Ball Club in 1878. Bastarache wanted to know where the club played its home games, but the box scores referred to the field simply as 'the grounds.' Its location remained a mystery until Bastarache came upon the oilcloth survey map tucked away in a closet.

Bearing the words 'Clinton Base Ball Ground' inside a drawn diamond, the frayed, watermarked map is clearly dated and depicts the field in precisely the same location as today, on the northern edge of town along the Nashua River.

After months of research, Bastarache concluded that organized baseball has been played at the diamond without interruption since at least 1878 and published the finding in his 2005 local history, 'An Extraordinary Town.' But it took two more years of research to convince Guinness to confirm the claim."

London, Ontario's Labatt Park claims to be the oldest park in continuous use, starting play in 1877, but home plate was moved. 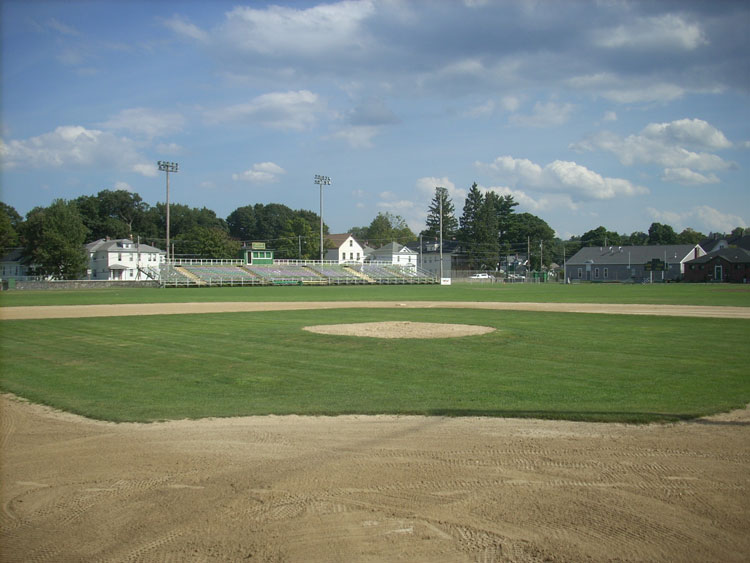 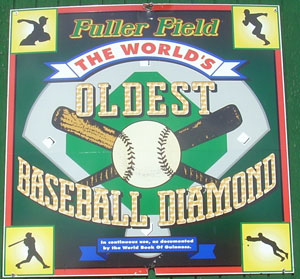