In 1905, the Mills Commission was set up to discover the origins of baseball. The testimony of Abner Graves figured heavily into their findings when he said that Abner Doubleday changed the rules of "town ball" to create baseball in 1839. This has since been proven as false.

However, at the time, in 1917, when National League President John Tener came to visit Cooperstown, he believed he was in a historical place. Elihu Phinney owned a cow pasture where the first ball game was supposed to have been played, and Tener recommended that it be turned into a memorial to Doubleday. 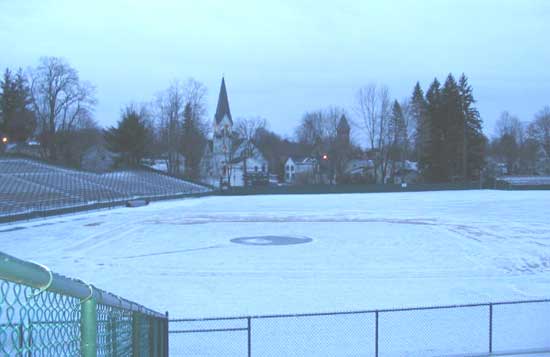 Cooperstown decided to build a hospital on the site of the only baseball diamond in town. Obviously the "Birthplace of Baseball" can't not have a diamond, so the original lot was leased from then owner, Alexander Phinney, for two years with the option to buy for $5,000. The local citizens volunteers started to turn the land into a diamond. On September 6, 1920, the first game was played at Doubleday Field, Milford versus Cooperstown.

In 1923 the land was purchased by the Village of Cooperstown. From 1924 to 1934 numerous property purchases and work was put into the stadium, including help from the Works Progress Administration (WPA). In 1939, another WPA project helped the park immensely, by creating a concrete and steel grandstand, wooden bleachers, and grading the field. Also in the same year, on the "Centennial" of baseball, the Hall of Fame was opened in Cooperstown and the first Hall of Fame Game, an in season exhibition played by two major league teams, occurred. The final major addition occurred in 1959 when Boston Red Sox owner Tom Yawkey donated the first base side grandstand. 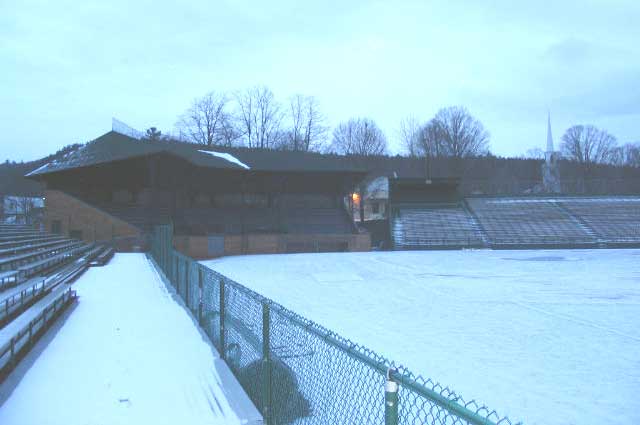