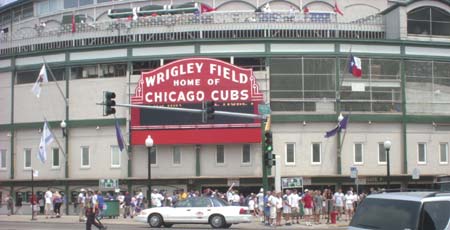 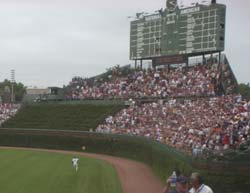 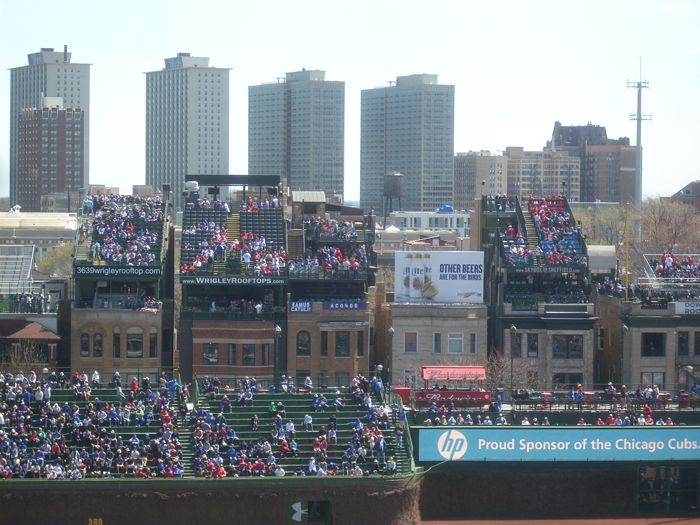 This stadium is baseball done right. Philip Lowry calls it the most beautiful four acres of bluegrass in the world. It has the classic feel of an old park because it was built in 1916 not one of the new "retro" parks. Plus the Cubs a long time ago decided that this is going to be the Cubs home forever. Throughout the parks history renovations are always being done so it is very comfortable. I am convinced that in 100 years this park will be the only one built before 1990. Weather Station fact: Wind affects this park more than any other park in the bigs. Strong gusts of wind from Lake Michigan can make every ball Caray or every would be homer a pop fly. This park is very comfy and cozy. The concourses are wide, there are cup holders at every seat, and there is just an open, friendly feeling about the place.

Charlie Weeghman built this park in 1914 for the ultra low sum of $250,000 to house his new Federal League team the Chicago Federals, later the Chi-Feds, later the Whales. One feature of this park that will be duplicated by ever other park since is the construction of the first permanent concession stand. This is the only remaining Federal League park that still stands. The Federal league folded, so Weeghman with nine other partners, including chewing gum king William Wrigley Jr., purchased the National League Cubs and moved them to this brand spanking new steel and concrete stadium from the West Side Grounds. By 1920 Wrigley was the sole owner of the Cubs and in 1926 the field was named after him. Why was this park built in a more residential section of Chicago and not near a major road? Well because the park, built in 1914, was situated near the Milwaukee Railroad.

In 1937, Bill Veeck constructed the outfield bleachers and a wonderful hand operated scoreboard. That scoreboard has been struck by a ball only once, by golfer Sam Sneed. The ball, naturally, was a golf ball teed off from home plate. Both Roberto Clemente and Bill Nicholson (no relation to Jack) barely missed. Also in 1937 350 Japanese bittersweet plants and 200 Boston ivy were planted. They still remain today. However, the 8 Chinese elm trees that were planted in the bleachers were removed because the wind from Lake Michigan kept blowing off the leaves.

5,687 day games were played at Wrigley before lights were lit for the Philadelphia Phillies on August 8, 1988. The game was called after 3 1/2 due to rain, so the next night against the Mets the lights were lit again. Why lights so late? Well Cubs owners said if the city didn't give them permission to install lights the Cubs might have to leave Wrigley. Plus Major League Baseball said that all Cub post-season games would have to be played at Busch Stadium in St. Louis if lights weren't in place. Lights were originally purchased in 1941 but were donated to the war effort after Pearl Harbor. The compromise was that only something like 18 night games would be played at Wrigley making each game a sell out and more of an event than a regular old baseball game.

Some traditions that still are in place are after a game a white flag with a blue "W" is flown signifying a win while a blue flag with a white "L" is flown signifying a loss. The Cubs two retired numbers are actually on flags that fly from the foul poles. And of course, the most popular and amusing tradition, is the off key singing of "Take Me Out to the Ball Game" that was started by the late announcer Harry Caray, pictured below in the statue that stands outside the park. 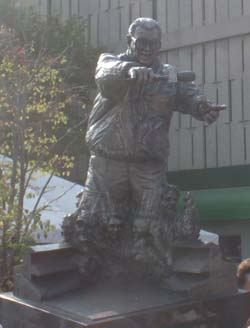 The Cubs retired numbers are (in numerical order and the years they were retired): 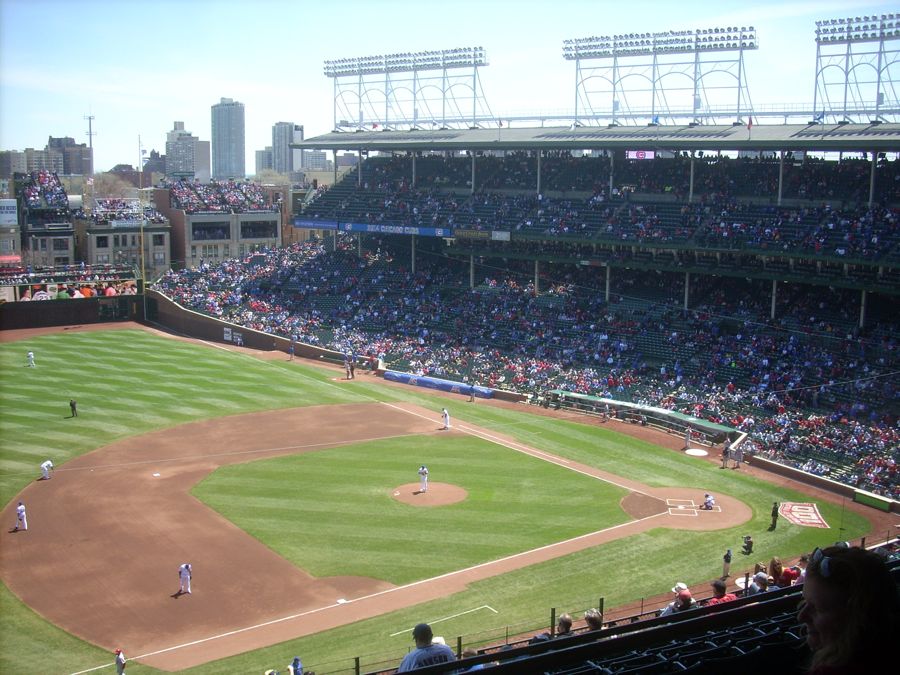