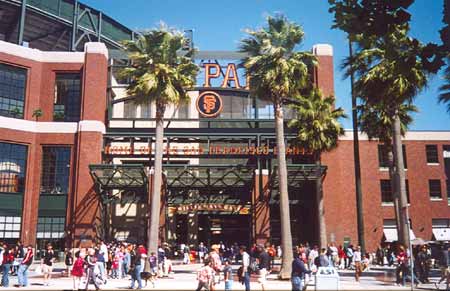 This was the first privately funded ballpark built since Dodger Stadium in 1962. The Giants paid the whole bill and rent the land from the Port of San Francisco at fair market value. The China Basin, or McCovey's Cove, as it is now called, always has numerous boaters in the water beyond the right field wall so they can catch "splash down" homeruns. 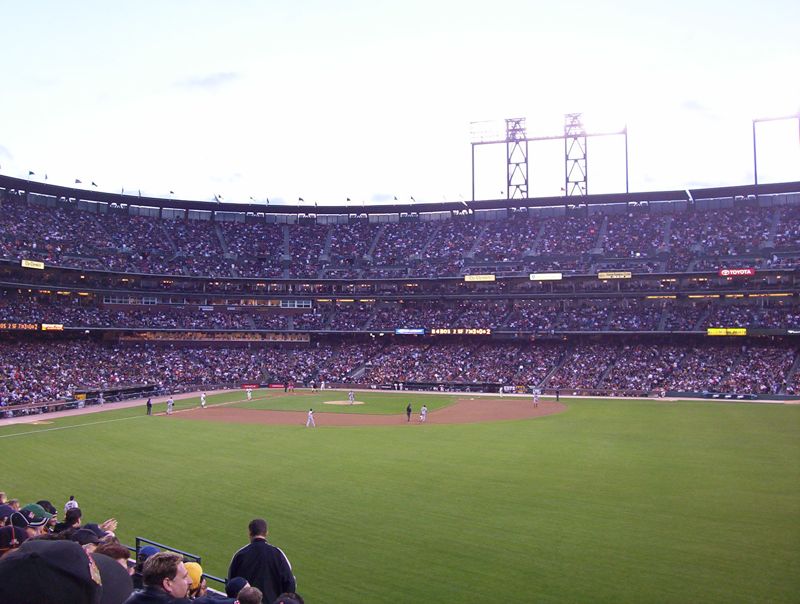 I thought this park was pretty nice. It was not as nice as Camden Yards, which I feel is the best of the modern retro (what an oxymoron) parks that I have been to. However, it rates just as high because of the beautiful location on the San Francisco Bay (pictured below). There is a lot of stuff good for kids, such as a slide in the Coke bottle, a speed pitch and playground in the general area above left field. I think that stuff detracts from the game, but I also don't have kids. The best concession here, by far, is the garlic fries. You can smell them a mile away. All of the concessions are very pricey. It also takes a long time to get out of the park after a game. All in all, I think this a wonderful place to see a game, mostly because of the view. In fact, I had both "View Level" seats and Grandstand seats, and I preferred the "View Level" by far. 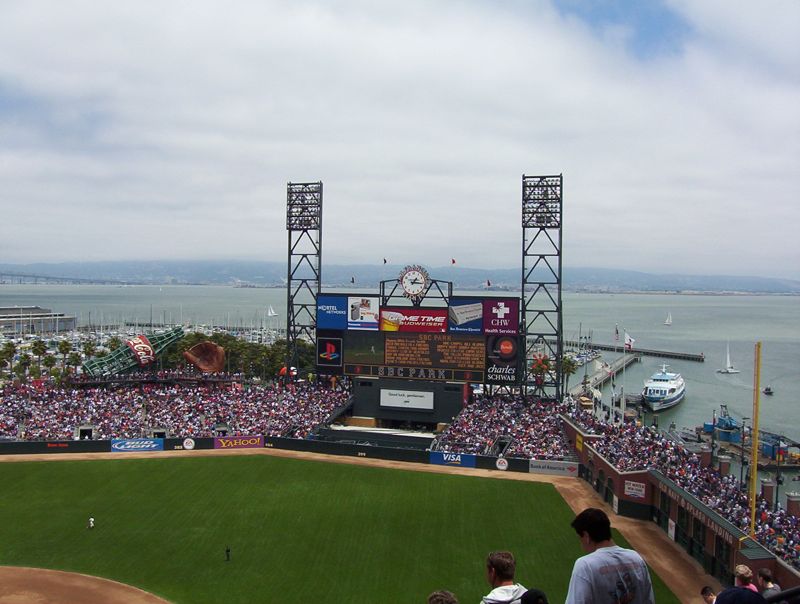 The Giants retired numbers are: