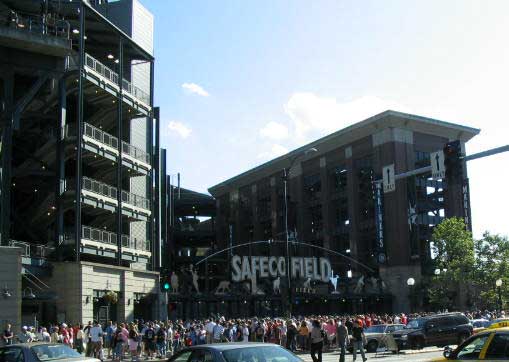 On March 30, 1994, King County executive, Gary Locke, got nervous about the Mariners. He figured if he didn't help them build a new stadium, they would move on to greener pastures, even though Seattle is pretty green. The task force recommended that the public help fund the stadium and suggest a sales tax increase of 0.1%. In September 1995, this measure was voted down. On October 14, 1995, a special session of the Washington State legislature was called and approved a new funding package. This deal consisted of a credit against state sales tax, Washington Lottery funds, a 0.3% restaurant and bar tax, special license plates, and a stadium admission tax. The King County Council voted to approve this measure and created the Public Facilities District which would oversee construction. On March 8, 1997, construction officially began and the park opened July 15, 1999. 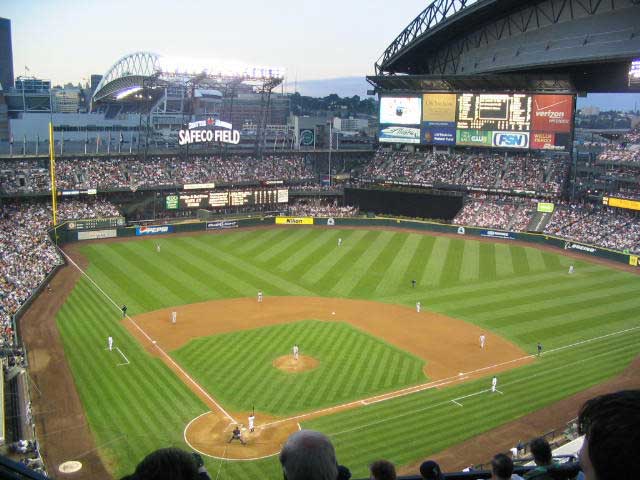 This is a very well done park. It is comfortable and there are good views of the playing field from the concourses. There is also a Mariners Hall of Fame in the park which is nice. The park has a very open feel too it. The retractable roof is unique in a sense that even though it covers the field during rain, the sides are still open to allow the elements in, thus creating an outdoor feel to the ballpark during all kinds of weather. Railroad tracks located beyond right field can make for a noisy game when they come through and blow their horns, loudly. 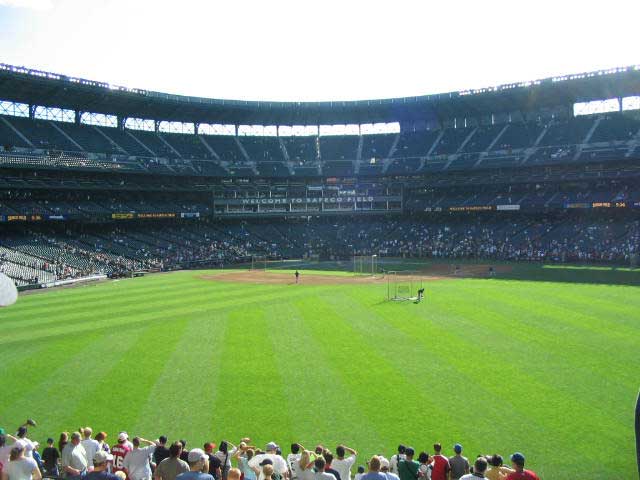