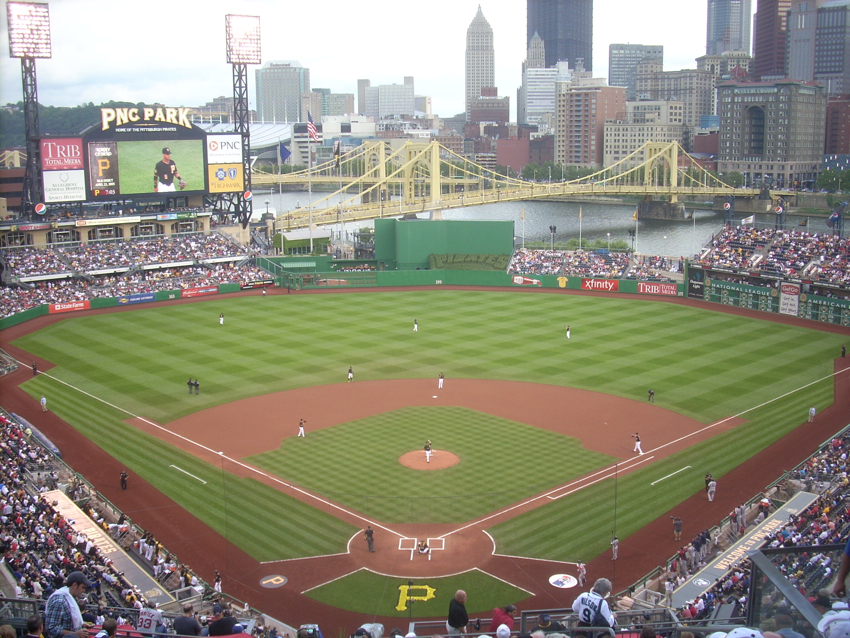 In 1995, the Forbes Field II Task Force was implimented with numerous local and national leaders, politicians, and baseball experts to determine what the next step for Pittsburgh baseball would be. The choice was to be placed next to Three Rivers Stadium on the North Shore. This park boasts sweeping view of the the downtown skyline and the Roberto Clemente Bridge. It's exposed steel and stone archways, along with "toothbrush" lights pay homage to Forbes Field. It has the second smallest number of seats in the majors next to Fenway Park. There is an outdoor terrace and Pirates Hall of Fame open year round. The Honus Wagner statue from Forbes Field was relocated here along with part of the wall that Bill Mazeroski hit is walk off home run over. There is also "Legacy Square", which has statues and information honoring Pittsburgh's Negro League roots. 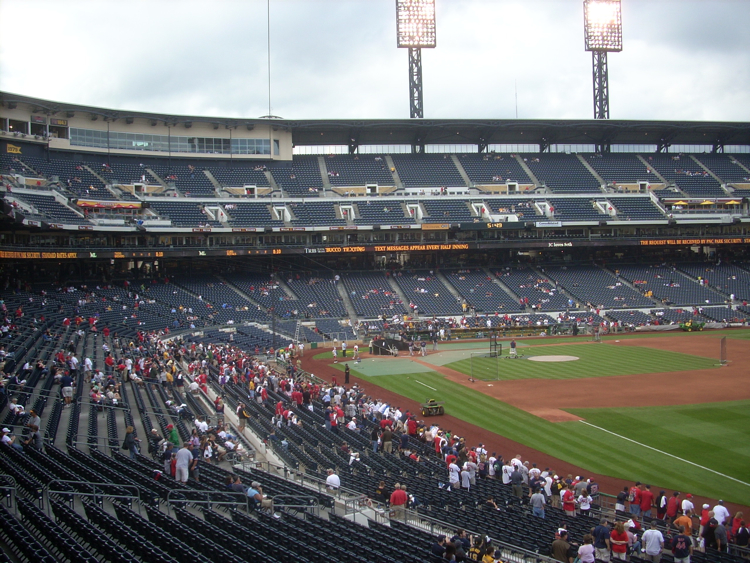 This park is very well done. It's councourses are very wide and open to the field. It's very comfortable to sit in and you have a great views of the field and city. It only has two decks, so you are very close to the action. The concession menu is boring, but the food is very good. I really thoroughly enjoyed my time here. A great place to watch a game.

Pirates retired number are (in numerical order and the year it was retired):