To quote the great film, The Big Labowski, "Does the female form make you uncomfortable, Mr. Labowski?". That is all I could think off as I gazed up at the retractable roof here. It was a comfortable ballpark. Not bad, not great. Good place to see a game, but nothing to get too excited about. 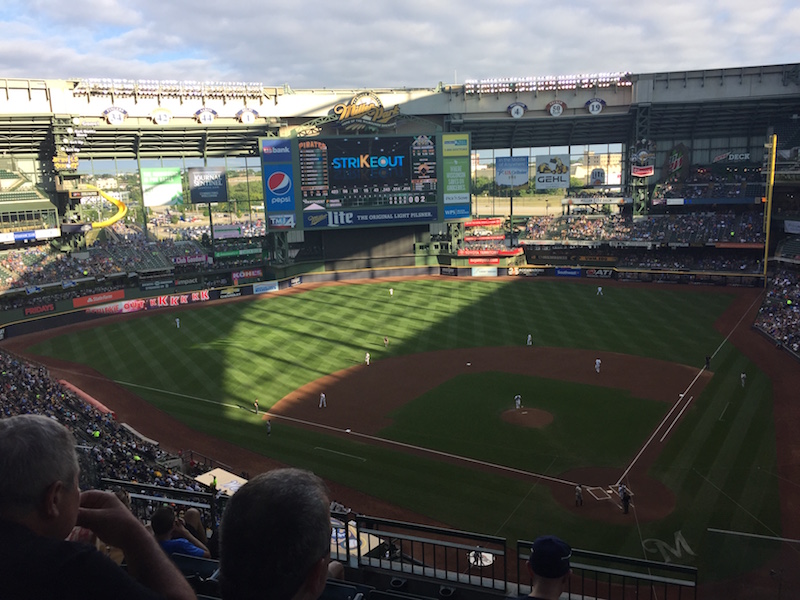 Miller Park was a publicly financed ballpark, by adding a 0.1% sales tax to four counties in the Milwaukee area. This was a contentious vote, and in fact, Senator George Petak of Racine, lost a recall vote based on his support of this plan. The park was constructed in the parking lot of the former County Stadium. Construction was delayed, when a large crane, nicknamed "Big Blue" that was brought in to hoist ceiling panels, collapsed and killed three workers. This is a retractable roof stadium, with the ceiling panels fanning out to cover the park. This roof has had some design flaws, that were addressed with a settlement with Mitsubishi paying to install additional equipment to help open and close the roof. Also, when the roof was fully open during day games, it cast a shadow over the batters box, but left the mound in full sunlight. This is a safety hazard, so the roof is only half opened during day games.

Infield dirt and home plate were transplanted from County Stadium. Other traditions from the old park, such as Bernie Brewer going down a slide when the home team hits a home run and the sausage race, remain. This park has also been the host of two "neutral site" games. In April 2007, snow forced the Cleveland Indians to cancel a series with Seattle, and they relocated a series here agains the Los Angeles Angels. In September 2008, Hurricane Ike forced the Houston Astros to move their series against the Chicago Cubs here. 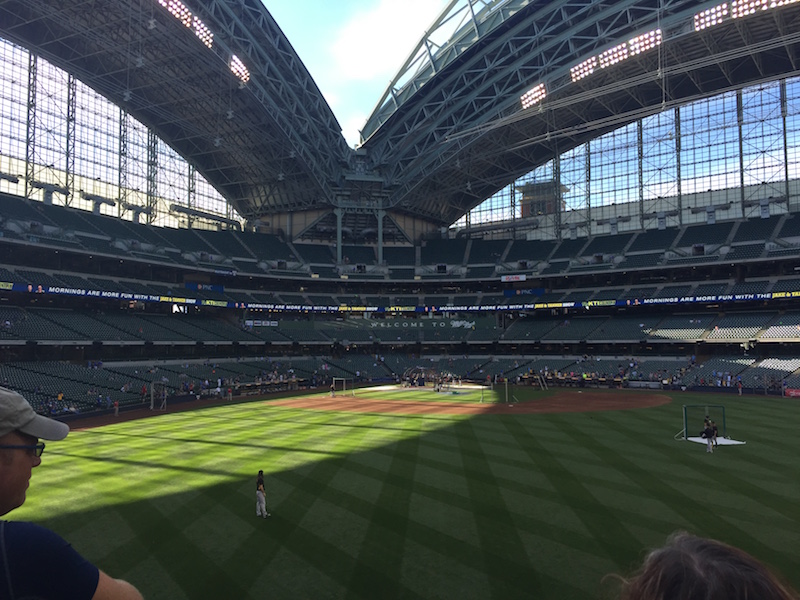 Brewers retired numbers are (in numerical order and the years they were retired):