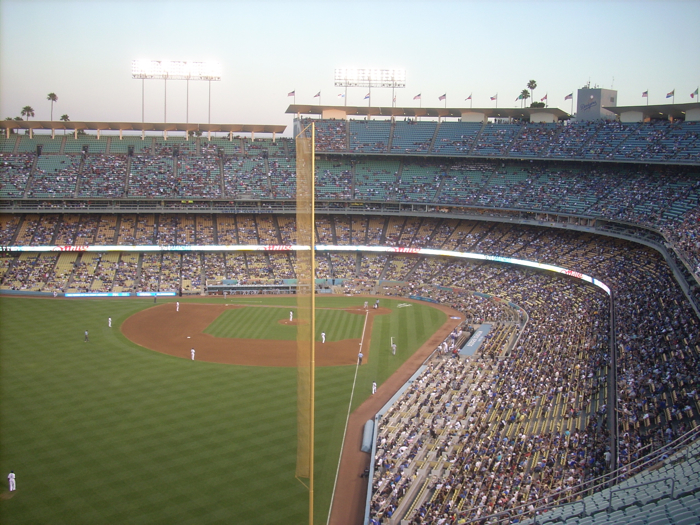 I found this park charming. It was simple, elegant, very clean and effective. It was extremely relaxing sitting in the park, by the San Gabriel mountains, and just watching a game. The park looks like it belongs in another era, but not in a bad way. It looks classy, not cheesy, and I am glad it is still standing. 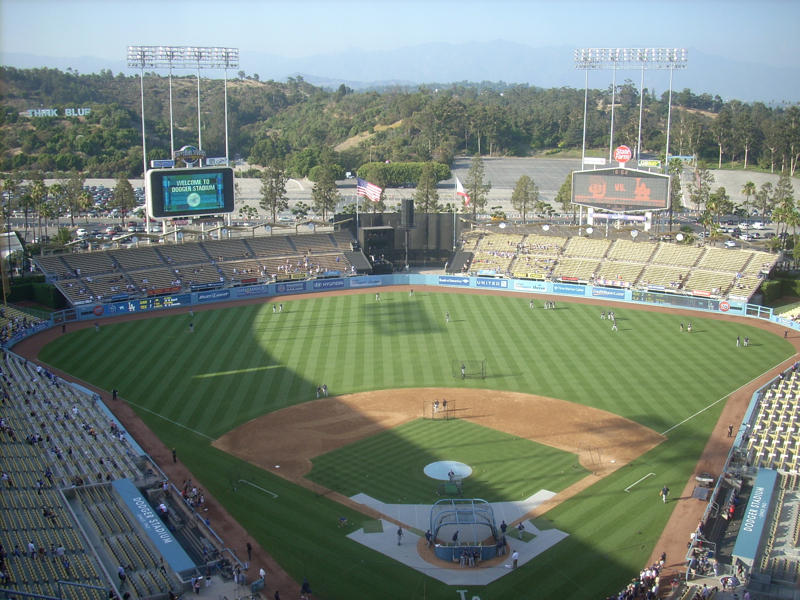 Brooklyn Dodger President, Walter O'Mally, tried to build a domed stadium in Brooklyn, NY. When he was unable to reach a land deal with Brooklyn, he made arrangements with Los Angeles and moved the team. The Chavez Ravine land was purchased by the City of Los Angeles in the early 1950's by using the eminent domain law with funds from the Housing Act of 1949. The idea was to build the Elysian Park Heights housing project, but but with the election of Mayor Norris Poulson, public housing got pegged as a socialist plan and was scrapped. The land was then sold to the Dodgers to build their stadium. 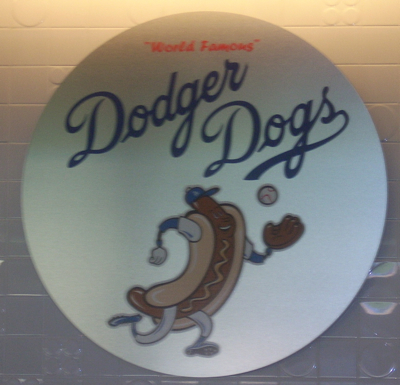 This classic pitcher's park was 100% privately financed. The last to be so until the new ballpark in San Francisco opened. The park is built right into the side of a hill and has terraced parking lots. The idea is that you drive to the lot that corresponds with the section you are sitting in, and you don't have to walk up a ramp or stairs. The downside of this is, if you do want to walk around the stadium, it is very difficult to do so. Due to an old city ordinance, this park only can hold 56,000 people. So, whenever seats are added, seats are also removed from the outfield pavilion. Don't let that 395 sign in center fool you. It is actually 400 feet. The signs are to the left and right of dead center. When the foul poles were originally installed, they were completely in foul territory, which is a no no according to the league. They received a special dispensation for the 1962 season, then made adjustments. This park was designed to be expandable to 85,000 seats. The dugout level box seats are designed after Tokyo's Korakuen Stadium. I know times are tough for Frank McCourt, but why not buy the relief pitchers some real seats in the bullpens (see below). 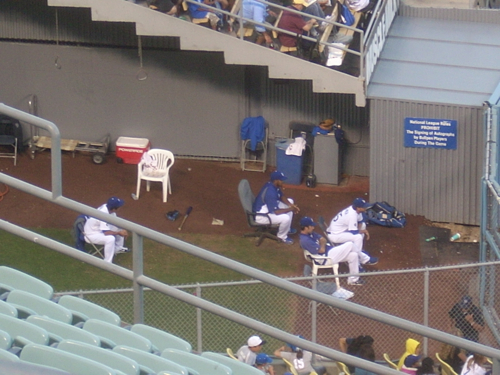 Dodgers retired number are (in numerical order and the year it was retired):