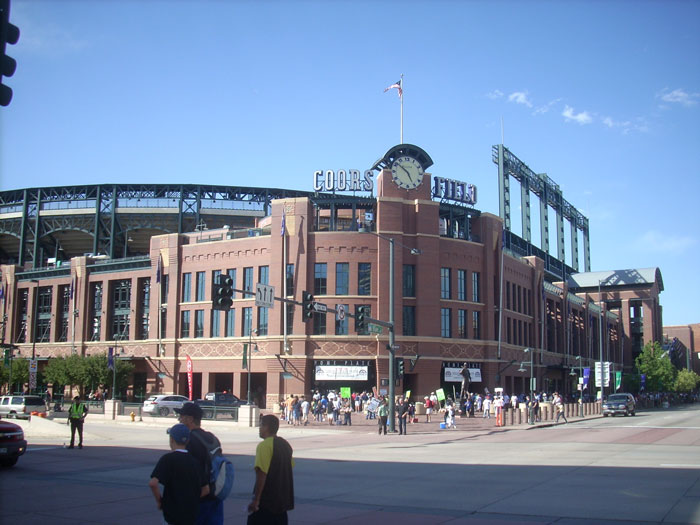 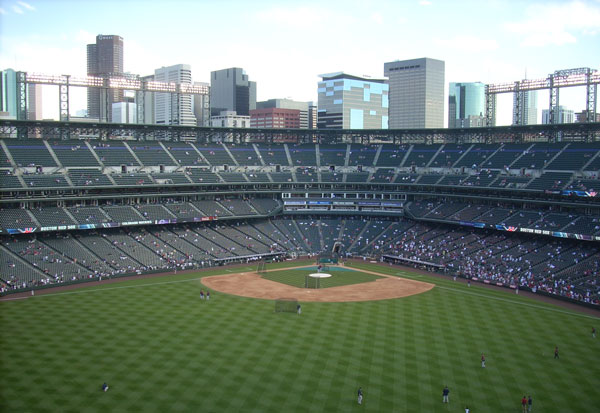 Coors Field was the first new National League park since Montreal's Stade Olympique and the first baseball only stadium since built since Dodgers Stadium. The original plan called for about 43,000 seats, but since the team drew so well at Mile High Stadium, they enlarged the plan. 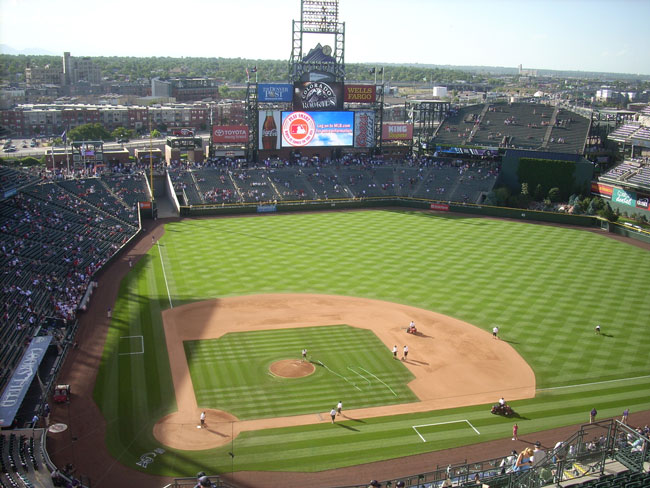 The center field bleachers are known as the "rock pile". While at Mile High Stadium, the "rock pile" was the south stands, very far away from home plate. They cost a dollar each, and now live on at Coors Field. Jurassic Park, er Coors Field, I mean, is built on top of a site where many dinosaur fossils were found. That is why the team's mascot, Dinger, is a Dino. The stands along the first base side, are known as "View Seats" because of the view of the Rocky Mountains (see below). Also, the purple ring in upper deck (further below) marks the point where you are one mile above sea level. The tree and waterfall motif in center field is consistent with the kind of landscape around Denver. 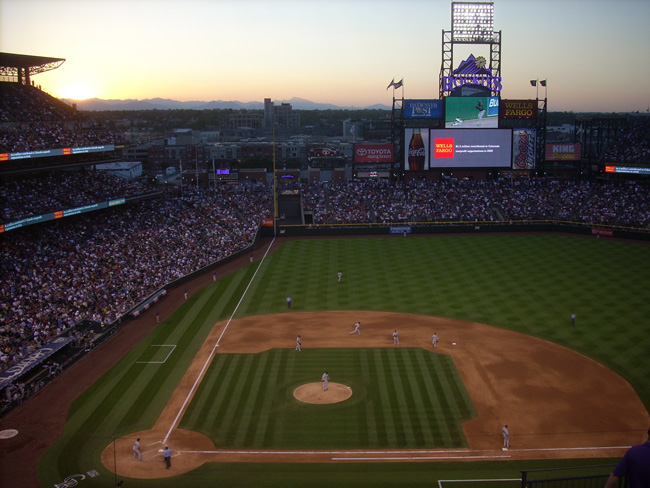 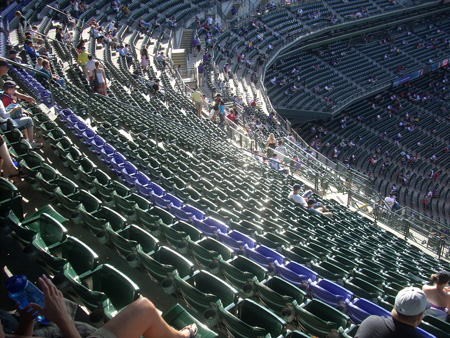 When Coors Field was built, people figured that the thin air would cause the ball to travel very far, so the team built a deep outfield to keep the park from becoming a joke. Well, for many years, not only did Coors Field give up the most homers, but also the most doubles and triples too. It turns out that it is actually the dry air that makes the ball harder and causes breaking pitches to break less. In 2002, the team started storing balls in a humidor. Finally, in 2005, the first 1 - 0 game was played at Coors Field. The humidor seems to have helped bring hitting stats back to life, but the thin air does still affect the ball, making Coors an offensive ballpark.

The Rockies retired number is: