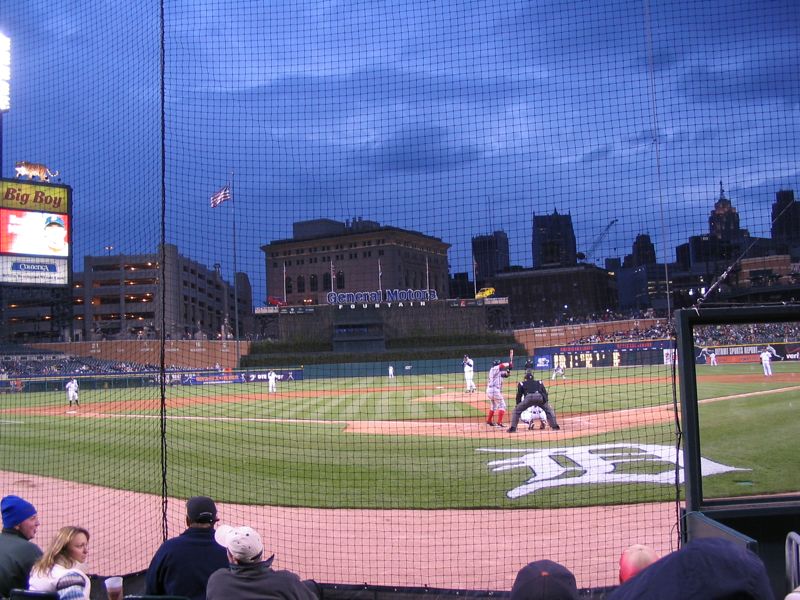 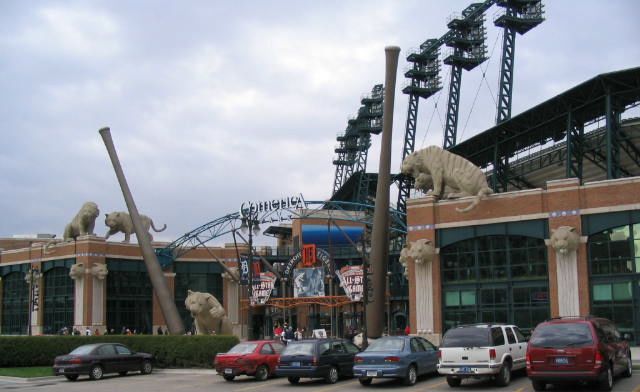 Allow me to preface what I am about to write with one simple fact: I have never seen a game at Tiger Stadium. I enjoyed this park very much. I felt architecturally, this park blended well into its surroundings, even though it isn't burnt out and boarded up. I thought the sight lines were great. I felt very close to the action. The concourses were wide and you had a great view of the action from all the way around the park. There were lots of activities for kids to do. However, the most amazing feature is pictured below: 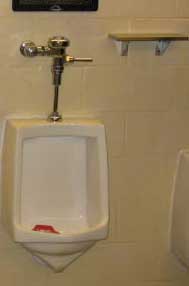 I know this looks crazy, but it is a urinal with a shelf next to it. I hate when I go into the bathroom with a bunch of stuff in my hands like a scorebook, pen, beer, phone, etc. and have no place to put them except on top of the gross toilet and half of the time, all that stuff falls. This is brilliant. Anyway, I know many people hate this stadium, from fans to announcers. Everyone likes to wax poetic about how great Tiger Stadium was and how Comerica Park sucks. Everyone, please wake up, this is a great little park. The only complaint I have about this park is that it may lead the major leagues in sculptures. That is not necessarily a good thing. 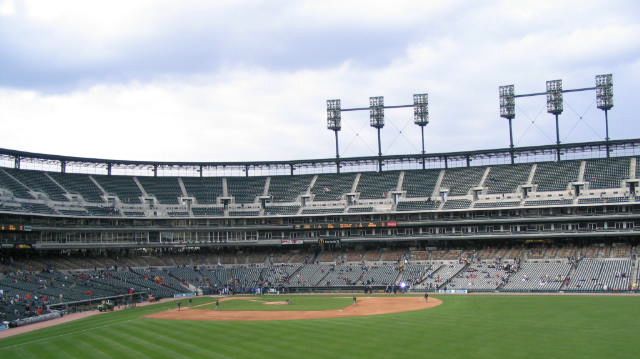 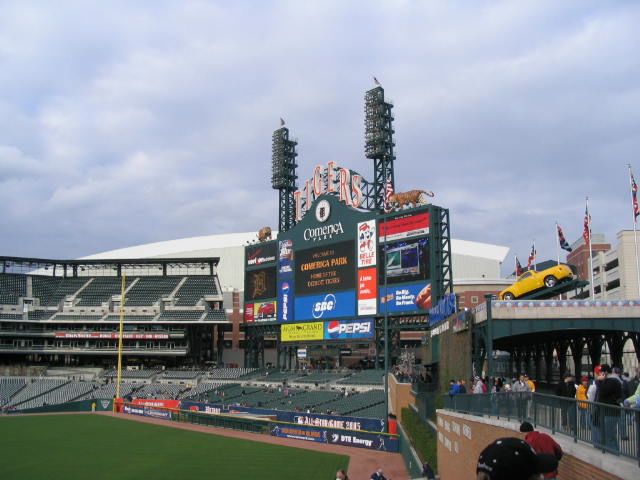