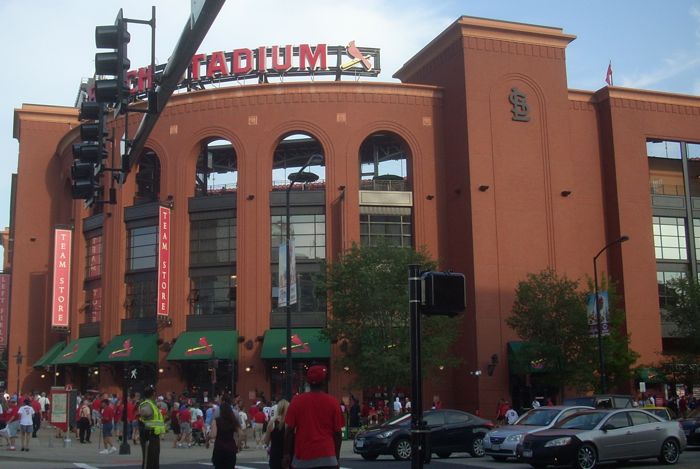 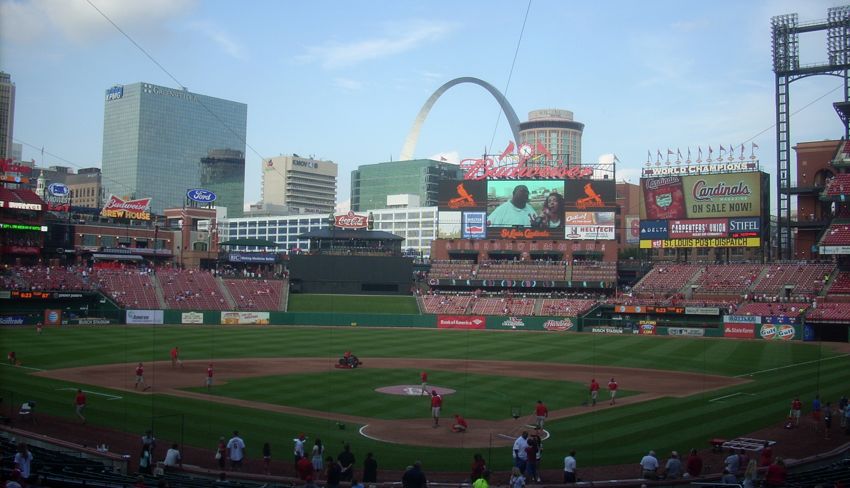 So, I feel bad writing what I am going to write. Busch Stadium IS a nice park. It is just I have been to almost all the major league parks built in the last twenty years, and I am just getting really sick of the retro ballpark craze. From a design standpoint, the park fits perfectly into its neighborhood. It could have been there forever. The concourses are wide, but you can't see the field from them. I was also surprised they didn't have a modern video board. It is a comfortable place to see a game though. I do like how you can see the arch in the outfield. 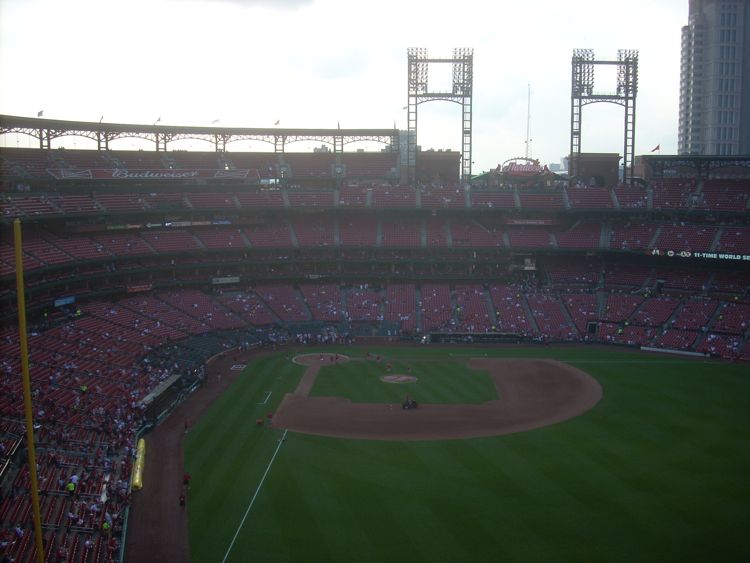 The story of this ballpark being constructed is pretty much played out in all MLB cities. The Cardinals started to lobby St. Louis for a new park in 1995. In 2001, St. Louis signed a contract with the Cardinals and proposed a downtown site, but when St. Louis couldn't pass legislation to fund the park, the Cardinals sought a location in Madison, IL, next to Gateway International Raceway. However, St. Louis came through with a plan that consisted of financing from the Cardinals, private loans, bonds, and a loan from St. Louis County. A "ballpark village" consisting of retail and restaurant space was constructed across the street from the stadium on the site of Busch Stadium (II). 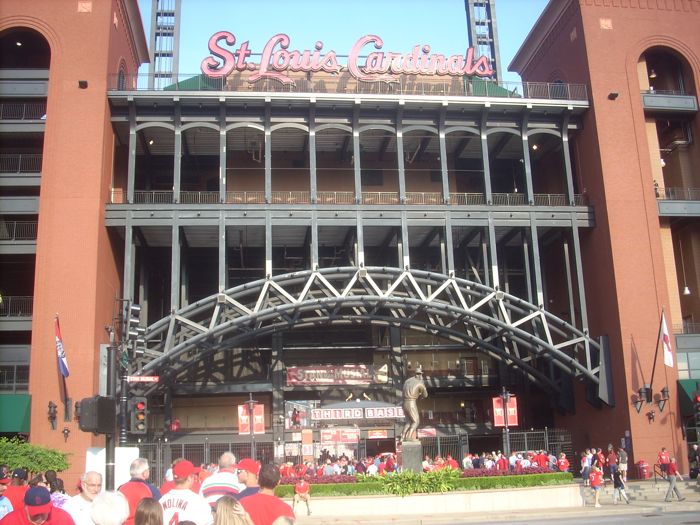 The Gate 3 entrance (pictured above) has a "bridge" over the top resembling the Eads Bridge. The exterior of the stadium has engraved images of old Cardinals logos.

Cardinals retired numbers are (in numerical order and the years they were retired):