Team owner and eccentric millionaire, Chris Von der Ahe, was offered the opportunity to move to a new park further north from downtown. The Lindell Street Railway Company offered to move the a baseball park to the end of one of their lines to encourage people to use and pay to use the new public transportation option. This kind of negotiation was happening all over the country at the time. This park was built on the estate of a wealthy St. Louis real estate magnate, Jesse G. Lindell. 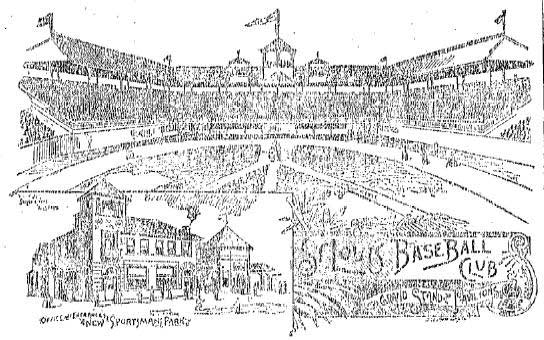 The main entrance was covered and located next to the park's office. The park had four winding stairways with which patrons could reach the grandstand. Three private boxes were located on the roof for officials and the press. The grandstand was sectioned off from the rest of the park by tall fences. There was a powder room for ladies at the back of the grandstand, and a beer garden for the men under it. Much to the dismay of the media, Von der Ahe added a horse track around the park in 1895. His park was later called the Coney Island of the West when he added a thrill ride, "shoot-the-chutes". On April 16, 1898, a serious fire consumed much of this park. Lawsuits from the blaze forced Von der Ahe into bankruptcy and his franchise was sold to M. Stanley and Frank DeHaas Robison. The new owners, with the help of designer J.L. Wees, renovated the park. In May 1901, there was another fire. In 1909, Robison, reinforced his park with concrete and steel, making this the last wooden ballpark used in the major leagues. As time went on, new club president, Sam Breadon, decided it would cost too much to renovate the park so the team left. It is now the site of Beaumont High School. 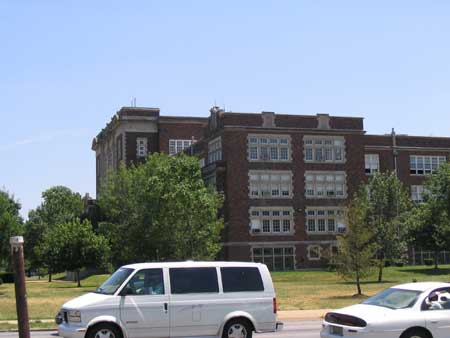