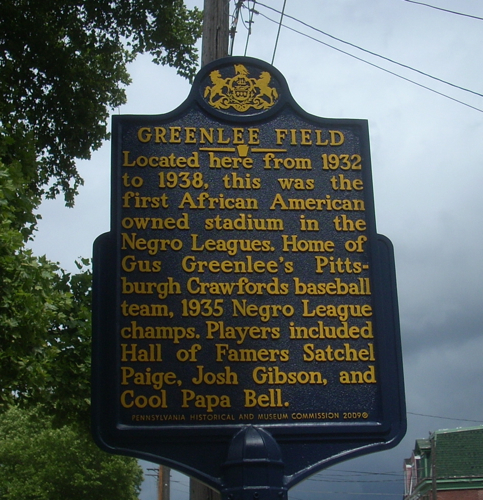 In 1932, buisness man and gangster, Gus Greenlee, purchased a plot of land from the Entress Brick Company and built the first ballpark for black ballplayers and the first black owned ballpark. The project was built on solid financial grounds. The park was located in the Hill District, which was where 80% of the his fans lived, so they wouldn't have to pay for transportation. He charged a 20% gate when renting out the park compared to the 30% that Pittsburgh Pirates owner, Barney Dreyfuss, charged for renting Forbes Field. Also, he had nice new dressing rooms, while the ones at Forbes were white only. 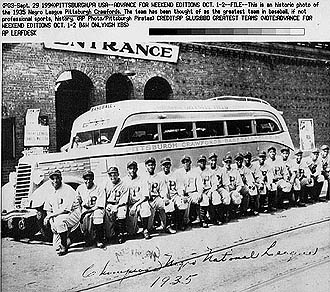 Fourteen rail cars of cement and 75 tons of steel went into this park. It had an attractive brick entrance (pictured above). The wall in right field was a row of cinderblocks one foot high. In protest to the Sunday blue laws, Greenlee scheduled a Crawfords vs. Grays game at 12:01 AM on a Monday morning. The game sold out. Josh Gibson once hit a homerun so far out of the park, that the following day, while playing in Philadelphia, a ball came flying out of the stands and was caught by a player. The umpire turned to Gibson and said "You're out yesterday in Pittsburgh." On July 4, 1932, Satchel Paige pitched a no hitter here and then later in the day pitched a 12 inning shutout in Chicago. Rafael Trujillo, then the dictator of the Dominican Republic, plucked all the stars from the Grays and Crawfords. That, combined with Greenlee folding to pressure from his Caucasian board to freeze blacks out of jobs at the park, caused fans to stay away. The park was torn down December 10, 1938. It was later purchased by the City of Pittsburgh and turned into a housing project (below). 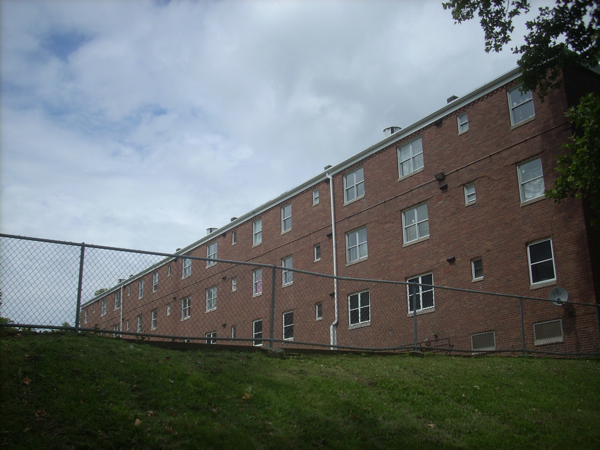