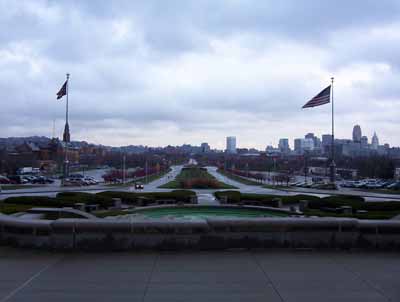 This was the home park for the great Cincinnati Reds. This team was formed in 1869, two years before the first organized league was started. This team was also the first professional team, where all the players were paid to play. The Reds proved that you could have professional baseball be successful and the rest as they say is history. The Reds also had a 92 game winning streak.

The salaries of the players were as follows (all annual salary):

This park featured a cupola-capped grandstand that was popular at the time, called "The Grand Duchess". There was a double gated entrance where the team's horse drawn transport would enter. Apparently, the team's red stockings were all the rage with everyone decked out in red from their hats to their parasols.