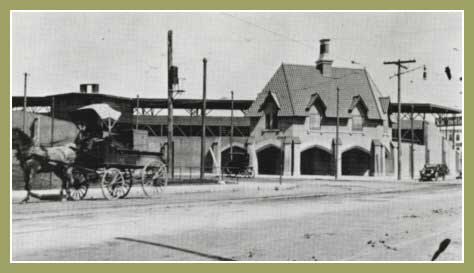 "Breakfast of Champions", the Wheaties slogan, debuted on a bulletin board here. The grandstand was unique because a chimney was on its roof. The dugout on the first base side was located in the grandstand, so a sign that read "HOME TEAM" was positioned above it. The grandstand was quite small with bleachers along the foul lines. The only covered seats were located just behind home plate. 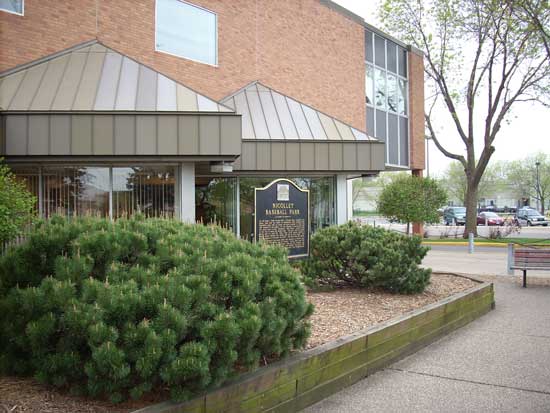 The plaque reads as follows: "For 60 years -- 1896 through 1955 -- Nicollet Park, located in this block, rang with the cheers of Minneapolis Miller baseball fans. Spectators came from all across the upper midwest to watch the best baseball in the region. One one occasion it was reported that the entire town of Buhl, Minnesota -- 530 people -- motored down to the city to watch the Millers play. The park drew its largest crowd ever on April 29, 1946, when 15,761 people watched a double header between the Millers and the St. Paul Saints. The seating capacity of the park was 8,500. The Saints won both games. Many of baseball's big name played and managed at Nicollet Park, some for the Millers and some as visitors. Among them were Ted Williams, Hobe Ferris, Perry Werden, Mike and Joe Cantillon, Joe Hauser, Gene Mauch, Hoyt Wilhelm, Rube Waddell, Rosy Ryan, Bill Rigney, Herb Score, Al Worthington, Donnie Bush, Mike Kelley, Spencer Harris, Ray Dandridge, and Willie Mays." 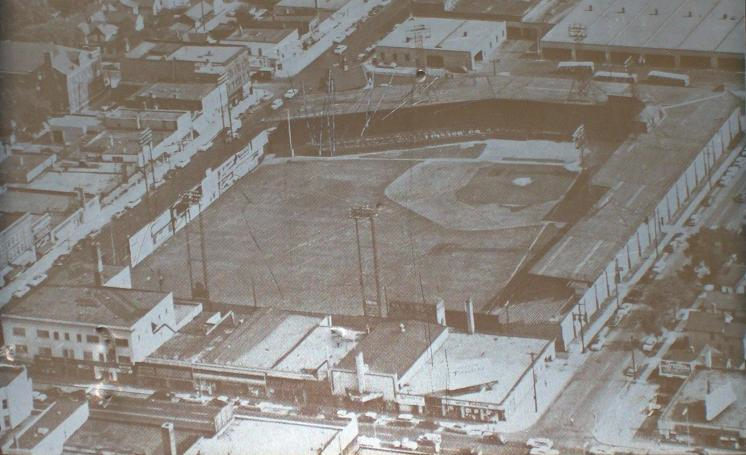 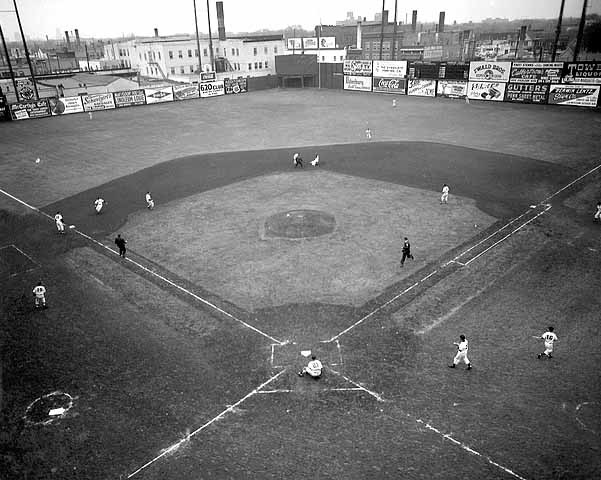 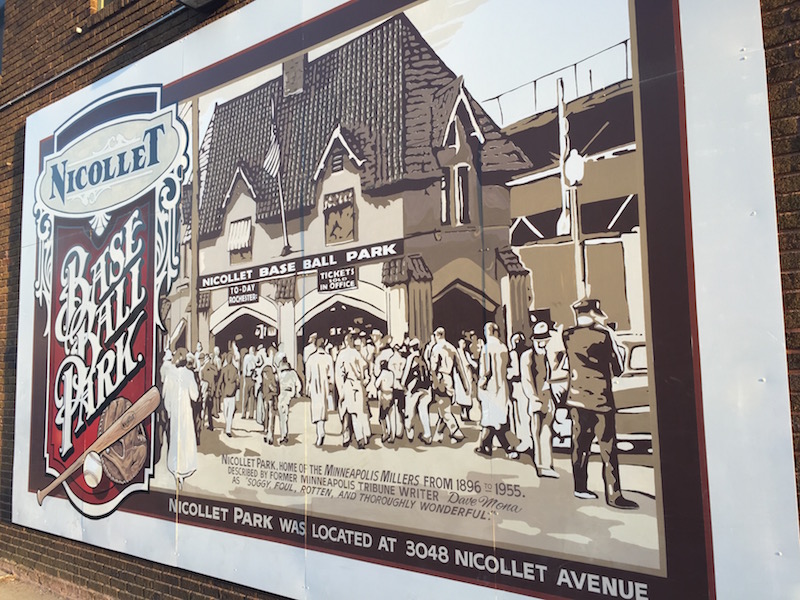 I found this mural a few blocks south of where Nicollet Park was.